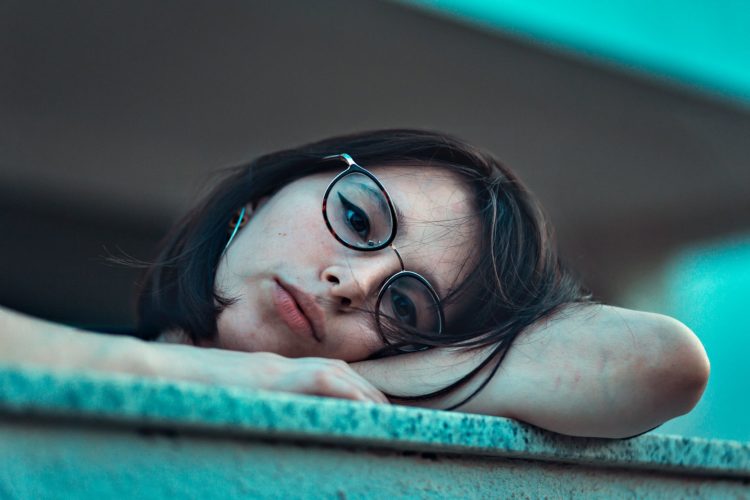 This entire week has kind of sucked for me.  You know what the worst part of it is?  Nothing particularly different has happened.  I’m just going through the motions.  We’ve all been there and yet it’s a subject I simply don’t think is brought up enough.  How the hell is it that one week you can be doing something and then the next week you’re doing the exact same thing yet you’re in a shitty mood?  It just seems bizarre to me and something that definitely needs to be explored.  Given that this has happened to be more than once (well, a hell of a lot more than that), I’ve got some theories as to why this is.  Allow me to explain where I’m currently at and what I plan on doing about it.

So yeah, everything seems to be fine

I guess you could say I began to feel this way in November.  Typically November is an excellent month for my business.  With days like Black Friday and Cyber Monday, advertisers tend to line up to advertise on websites so it’s a fun month from a financial standpoint.  Plus you’ve got Thanksgiving so that’s always a fun day to look forward to.  And this year, we celebrated Chanukah in the month of November.  So yeah, you’d think it was all fine.  My weekdays were what they normally are.  Wake up around 6, work until 10.  Then I head to the gym for a little while.  After that I go to the office until around 6pm.  Typically at the office I’m either writing, editing articles, eating, watching TV, or napping.  Sometimes it’s more of one than the other depending on the day.  I get home, see my kids, eat dinner with the wife and then it’s “family time” for a little while before we put the kids to bed.  We put the kids to bed, and my wife always falls asleep in one of their rooms so I’ll generally retire before 10pm and hopefully sleep the whole night without peeing in the middle of the night.  I wake up the next day and pretty much do the exact same thing.  Weekends are usually some kind of family thing and we might see extended family or friends for whatever we plan.  Typical stuff.  But you see, that’s just it.

Why it’s not fine

If I’m being honest with myself, the entire last nearly 2 years has been routine of some sort.  And all the shit I was complaining about before is the same stuff I’m complaining about now.  Here’s the thing about routine.  It brings to light all the crap you either miss doing or want to do.  The mundane, while at first is something you might actually seek, becomes your detriment.  And it doesn’t matter what it is.  You could have a dull sex life.  You could be not traveling enough.  You might not be spending enough time with friends.  Whatever’s not there is what’s going to bother you most when your life feels like it’s the same day over and over again. And frankly?  That’s how I feel right now.

My wife and I had a conversation about this very thing recently.  I mentioned our lives when we lived in New York City.  We were 100% more active then.  New York City had little to do with it.  It’s because we didn’t have kids back then.  It’s the plain truth.  I feel like when we had kids we just “gave up.”  Not literally.  We put 100% of our focus into our children.  But that meant all the effort with regards to doing things like traveling, going out with friends, being intimate, went by the wayside.  And it’s not as if it’s anyone’s fault.  I think this was a conscious choice.  The issue, however, is that once you pack it away deep down, it’s hard to get it back.  What’s also an issue, is that once it surfaces, it surfaces in a big way and you feel that much worse because of it.  At least, that’s how I feel right now.

I love my kids.  I love my family.  But it’s not enough. It becomes too boring.  This isn’t Hollywood and I’m not living happily ever after.  I have to try to live happily.  And here’s the thing.  I just don’t think I’m trying hard enough.  I try at my job.  I try at being a good man, husband, and father to those around me.  But I don’t try enough at keeping life lively.  And I know I’m not alone on this one.  Most people in their 40s suffer from this in one way or another.  But for me, if I’m to fix this problem, I know I’ve got to identify it first.

What’s missing for me?

There are three things in particular that I’ve complained about for at least the last 20 years.  And this goes well before having kids.  I have a feeling I’ll be grappling with these three things for the rest of my life, but if I can improve on any of them just a little bit, I think it’ll go a really long way.  Here they are:

How will I fix it all?

Fixing a situation like this has numerous solutions but I’m going to try one that worked for me when it came to running on the treadmill.   Allow me to explain.  I’ve never been a fan of running on the treadmill and my relationship to this exercise has always been a hate hate one.  I’ve always known I should be doing cardio but I can’t stand it, period.  Every single time I’ve mustered up the will to do the treadmill, here’s what happens.  I do it for about a week, maybe even a month, and then it fizzles out to the point where I stop for at least 6 months.  This happens every, single, time….until recently.  Here’s how I fixed it.  6 minutes.  That’s it.  6 minutes.  I found a number that was big enough to get a tiny workout in but small enough where it wouldn’t scare me off to get on the next day.  Every single time I get on the treadmill these days I have to go on for no more than 6 minutes, and no less than 6 minutes, period.  It’s worked for close to a year now and I don’t plan on stopping.  So how will this help me address my 3 areas that are lacking in life? Tiny, consistent effort.

Here’s my plan.  It’s simple yet I think will pay huge dividends.  Each day I have to do the following: reach out to one friend to make plans, look up something I can do once a week for myself, research some kind of trip I can do either alone or with my family.  That’s it.  Those things literally shouldn’t take more than 10 min a day, period.  But I’m guessing if I do this for a year?  I can create an entire new life for myself.  Wish me luck.