Home
Lifestyle
When Do You Feel The Most Free? Do More of That
Prev Article Next Article 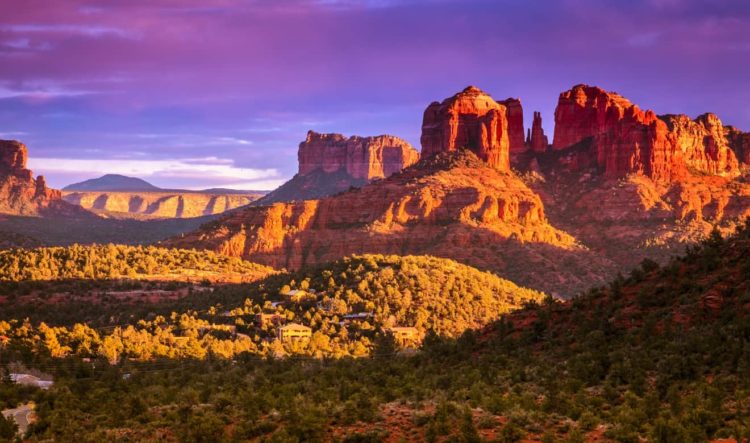 Freedom can mean a number of things ranging from the technical to the spiritual.  For the purposes of what I’m about to share, freedom is the ability to live and feel the way you want, without worry.  To me truly being free has nothing to do with money or status, but rather it’s a feeling.  It’s a knowledge of things being OK now, and that they’ll turn out OK eventually.  So it would make sense then, that in order to live the best life possible that you’d want to feel “free” as often as possible.  So how do you do this?  How can you be more free in your life.  First, I think it has to do with the identification of what that feeling is like for you.  For me personally, there are two moments in my life where I truly felt free that I think are worth sharing.  Here they are:

Sunrise on the top of a small mountain

Do you know any teenagers who like to get up early in the morning?  Neither do I.  I was no exception.  Back in the mid 90s when I was around 15 years old, my folks decided to take me to Sedona, Arizona.  At the time my brother and sister weren’t living at home so it would just be me and them.  I hadn’t yet taken a pretty sizable trip with only my parents before.  P.S. that has absolutely nothing to do with this story.  I do remember that as a teen I wasn’t even all that excited about the trip.  I think it’s because I didn’t appreciate mountain scenery as much as I probably do now (turns out Sedona is one of my favorite places in the entire world).  Anyway, from New York it’s about 4 hours to Scottsdale followed by an hour and a half ride by car to Sedona.

I’ll never forget the first time I saw Sedona by car.  We were driving along the highway and all of a sudden out of nowhere, all the mountains and rock formations were red.  If you’ve never experienced this before it’s pretty amazing.  Mountain after mountain of just majestic scenery.  It’s truly something to behold.  As we drove along the highway we finally came across the hotel we’d be staying at for the week.  While my folks were checking in I noticed all the mountains around me.  It was pretty amazing.  Next thing I knew, I’m literally just taking a walk.  I knew my folks would be a little while so I just began walking.  There was a slight incline.  The terrain was kind of sandy/rocky and I remember seeing a bunch of cacti everywhere.  I had only been walking for about five minutes and then all of a sudden I realized I was considerably higher up.  I must have elevated at least 100ft because now I’m looking down on the hotel.  All I know is that it was awesome, period.  Just a super cool feeling.  But that wasn’t even what I liked best.

The next morning I woke up super early.  It was 100% because of the time difference but who cares?  It was literally around 5 in the morning and the sun hadn’t come out yet.  My folks were still asleep.  Right outside our hotel was a pretty massive highway and across the highway were mountains.  All giant, red rock mountains that you’ve read about and seen in Sedona.  But before hitting all of those mountains you’d probably have to walk a good mile or two.  However, right across said highway was this one rock.  It was like this tiny, little mountain.  Couldn’t have been more than 50-100 feet high.  I looked at it and decided that I wanted to go to the top of it.

There weren’t any trails.  And quite frankly it just didn’t look that easy to get up to the top.  However, I made my way up.  After around 15 minutes or so I found my way to the top of this little mountain.  I was all alone.  The sun was just starting to rise and I remember looking down on everything. It was somewhat chilly. The air was brisk, but clean.  I just remember being so damned alive and so awake.  So clear.  So fresh.  Everything about that moment was amazing.  So amazing that I remember it vividly as if it were yesterday.  At that moment I just felt “free.”  Honestly I don’t even know what that means, but I know that “free” is the perfect word for what I felt.  I came back down the mountain, returned to the hotel room and had an amazing week in Sedona.  That feeling has stuck with me ever since it happened.  Ready for the next “free” moment?  Here goes:

Drunk at 3am walking in the snow

Some years after the mountain top moment, I had graduated college.  As most college students do, they come home during winter break.  And as many college students do at home, they hang out with their high school friends, go to parties, etc etc.  One night I had attended some late night festivities and had a little too much to drink.  OK, I was absolutely hammered.  I was at a buddy’s house who didn’t live too far away from me.  There was a ton of snow on the ground and it was snowing at the time.  Speaking of the time, it was nearly 3am.  The funny thing is that I don’t remember much about that night.  But I do remember this:  It was the best walk home I had ever had in my entire life.  So much so that for some reason I thought about the time I was on that mountain at sunrise in Sedona.

There was something about that night.  Like I said, it was 3am so there was no one around.  We’re talking a nice, suburban neighborhood.  Not a peep.  The best thing about that night was that the snow was fresh so it was extra quiet.  You know that quiet that happens when it just snowed?  It’s definitely got to do with all the snow affecting the acoustics.  I was just walking so aimlessly.  I didn’t care about anything at that time.  Not a damned thing.  I wasn’t even all that cold despite the winter and the snow.  And who knows, maybe it was the alcohol but I just remember that moment feeling “perfect.”  But when I look back I just remember feeling free.

It’s totally doable as an adult

Remember the title of this article? “When do you feel the most free?  Do more of that.”  There’s no reason that you can’t have an abundance of moments you consider free.  But what’s even better than that is that the more moments you have like this, the more fulfilling a life you’ll have.  Your free moment could be on the top of a mountain or walking drunk on the snow at 3am.  It doesn’t matter.  What matters is how you felt in those moments, and if you felt free, chase those moments like your life depended on it, because it does.   You don’t need money.  You don’t need fame.  You just need to recognize when you feel free and go after that feeling as much as you can. That’s what it’s all about.