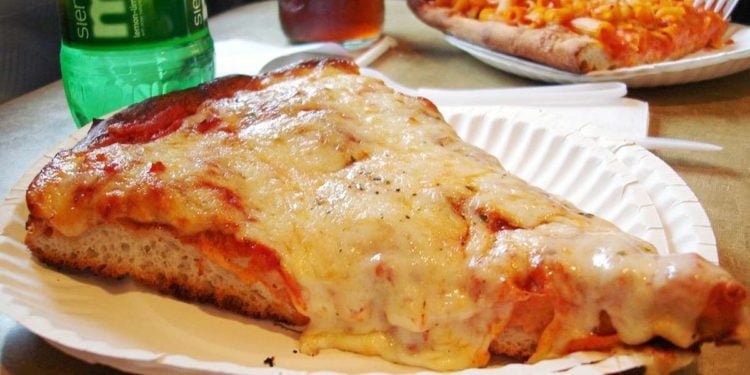 I think it’s important to just get into this one.  This is a story that people who know me love to hear me tell it.  There’s just so much utter stupidity and suspense in it that it has to be repeated.  Also, for the record, this is a tremendous break from my normal article topics.  I love talking about life, money, growing a business, and all the other fun stuff, but sometimes you just have to let loose on a completely wild and crazy story.  The funny thing is, looking back, now I can take life lessons from it.  Now I can realize exactly what was going on at the time, and that this particular incident was probably something I should have gone through.  Well, maybe not.  I’ll let you be the judge.

I had just graduated college

The year was 2001 and I had just graduated college that May.   After puttering around for the summer after graduation, I figured it was perhaps time to start working.  I didn’t want a career yet, however, just something to give me a little extra cash while I lived at home and figured things out.  I tended bar in Eastern Long Island for about 2 months and then decided to go back to my old job delivering pizza.  It was at this point in late summer/early fall that I decided that I might move to California and test the waters out there.  I had two friends out there waiting for me with a couch to sleep on.  Since I was living at home and delivering pizza made me some nice cash, I figured it’d take a couple months and I’d have enough saved to make the trip West and see what was what.  I know it doesn’t sound like delivering pizza makes much money but if you live in Nassau county, and are servicing extremely wealthy areas, the tips and cash can really add up.  Anyway, things had been going well.  I was making solid money, working hard, taking as many hours as I could.  And then one day, things changed in a big big way.

Not sure if any of you have ever worked in a Pizzeria before, but if it’s a popular one, like most restaurants there are super busy times or “rushes” if you will.  There’s usually a lunch rush and a dinner rush when traffic is particularly high.  It’s at these times when people are going a little nuts and scrambling to serve all the customers.  So like any other night, on this particular day, we were in the midst of a serious dinner rush.  As the only delivery guy that night, I knew that things would get a little hectic.  I was used to having to make a a couple deliveries in one run before, but this night was pretty special. I remember having to make 4 or 5 deliveries in one run.  It was insane.  You’ll have to also remember that back in 2001, GPS was not available.  At least, not on my car.  And cell phones?  Well, you couldn’t exactly just “Google Search” everything.  I mean I was literally using maps back then for more of the houses that I couldn’t find.  And if I was really having trouble I might call back to the pizza place to ask where I was.

In any event, I’m in the midst of a monster delivery in a super nice area.  Normally I’d admire the scenery on these trips but this was bad.  I was in a serious hurry and in danger of making these deliveries well beyond an hour after the orders were made.  This was a serious problem.  And for some reason the house I was up to was taking me forever.  For the life of me I couldn’t find the damn street.  Not to mention it was pitch black outside and it wasn’t all that nice out.  I’m wearing my shirt that had the name of the pizza place on it.  And I’m frantically driving around in my 1985 Nissan 300ZX.   Finally after searching endlessly I’m getting pissed off.  I decide that I’ll pull over on whatever street I’m on and ask someone for directions.  Might as well.  Tons of lights were on.  I was wearing my shirt.  How dangerous could I really be? So I find a house that’s got all the lights on.  But it’s not a “normal” house.  This house looks like it was under construction of some sort.  It was a massive, gorgeous how from what I could tell.  The front door was wide open, and there was even a car that was running in the driveway so I had a feeling someone would be home to help me.

What happened next changed my life

I rang the bell a few times and there was no answer.  Remember what I said about the door being wide open.  I peered inside the house and saw a telephone across the living room.  I’d say it was about 30-40 feet from the door.  Here’s the massive mistake I made.  I went into the house to go use the phone.  Yes, I know.  Very stupid.  I get it.  And no, I wasn’t thinking at all.  I was in a crazy panic because of the deliveries, etc etc.  Besides, I had my delivery shirt on and pizza in the car.  What could go wrong?  I call the pizza place and explain my situation.  Within about one minute, three guys walk into the door.

The guy in the middle, who I swear to God looked like Vincent Pastore in The Sopranos, looks at me and says, “What the f*** are you doing in my house?”  I reply with something along the lines of “oh, I’m really sorry, I’m lost and I need directions, do you know how to get to such and such?”  He replies back with “What the f*** are you doing in my house?  You robbing me?  Are you robbing me?  What the f*** are you doing in my house?”  So I respond back, “no, I’m just looking for directions.  I’m on the phone with my boss.”  So the guy comes over to the phone, and takes it from my hand.  He gets on the phone and says, “Who the f*** is this?” My boss is on the other end and I can hear them talking.  The guy says, “you guys robbing me?  what the hell is going on here?  I’m gonna kill this kid.”  I hear my boss say something to the extent of, “look man, I don’t know what he’s doing in your house but he’s just a delivery guy.”  The guy says, “I’m gonna f***ing kill this kid.”  My boss then says, “come on man, you’re not going to kill him.”  The guy says, “oh no?”

The next thing I know I’m on the ground because he took the phone and smashed me over the head with it.  At this point my adrenaline takes over.  I get right up and say, “look man, I’m just a pizza delivery guy, I swear.”  He says to the two guys that was with him, “go get my gun, I’m gonna kill this kid.”  He drags me outside the house.  The two guys get a gun and hand it to him.  He asks me again, “you robbing my house?  You the same guys as last time?”  I’m crazy nervous and say, “hey, I’m just lost.  I’m a pizza delivery guy, I swear.”  One of the guys who got the gun says, “hey I think this kid’s telling the truth, he’s got pizzas in his car, and look at his shirt.”  The guy with the gun says to me, “you really a pizza delivery guy?”  I say, “of course I am.  What do you think I’ve been trying to tell you this whole time!” He looks at me and says, “give me your wallet.” I hand him my wallet . He takes my license and says, “I’m keeping this.  Get the f*** out of here.”  So I leave.  I get into my car, and just before I left I look into the rearview mirror and see blood streaming down my face.  I had no idea I was hit that hard.  The guy literally clocked me so hard that blood was pouring out of my head. I then drive back to the pizza place.

The story doesn’t end there

I drive back to the pizza place and walk in.  Here’s some college kid walking back into a restaurant with blood all over his face and shirt.  My boss takes me to the back table and sits down with me.  He says, “do you have any idea whose house you were just at?  You just went to the wrong house.  You’re lucky you’re even alive.”  I’m sitting there dumbfounded.  As I have no clue who he’s talking about.  To make the long story short, it was the brother-in-law of a very well known person.  A person who you could say is “connected.”  So I’m sitting there taking it all in.  My boss tells me to go home.  So I go home.  I tell my parents the story.  They want to take me to the hospital because of the blood.  I say I don’t want to go.  I iced my head and had a nice welt but nothing serious.  To this day I still have a tiny dent where the phone hit me.

The next day I go back to work.  My boss sits me down.  Tells me he gets a call at 2am from this well known person.  He asked my boss all kinds of questions as to who I am etc etc.  Eventually apologizes to my boss.  Says he feels bad.  Tells my boss his brother-in-law will return the license.  Also turns out that the guy whose house I went to was robbed in the last year.  Now I know why he freaked out so much.  About a week later, my boss hands me the license.  Thank God I never had to see the guy who clocked me with the phone again.   He must have given the license to my boss on a day I wasn’t there. Remember how I said I was saving up to go to California?  I left for California less than a week later.  But that’s another story…….

I wish I could say there were life lessons here but it was just a really dumb move on my part.  Granted the guy didn’t have to pull a gun on me and say he was going to kill me.  He also didn’t have to crack me over the head with his phone.   But let’s just say if you’re in need of directions and are standing in front of an open door with what appears to be no one home?  Don’t walk in and use the phone, even if you’re wearing a delivery shirt.  That’s all I got.