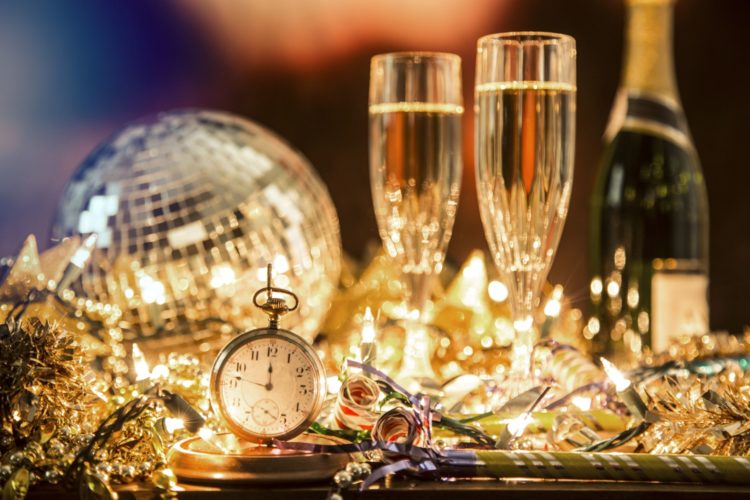 I’m not a New Year’s eve guy.  Never have been.  Never will be.  Don’t get me wrong.  I enjoy the parties and what not.  It’s nice to all get together to celebrate the New Year, but really?  Do we really have to pay 3 times the price for a night out?  Is that really necessary?  Do we really have to make New Year’s resolutions?  I happen to think these are about the dumbest things in the world.  Why do we need the New Year to wake our lazy asses up to start living our lives?  If you’re not going to do it today, you sure as hell aren’t going to do it in the New Year.  But I digress.  Like I said, for the sole reason of getting together with other people and having a good time, then sure, I like New Year’s Eve.  In fact I like it so much I wanted to share a story about my favorite New Year’s Eve of all-time.

The best football game of my life

The year was 1993.  I was 14 years old and a freshman in high school.  At that point I hadn’t dabbled in any alcohol and didn’t go to parties or do anything of that nature.  Friday and Saturday nights were spent at the local JCC playing basketball and trying to look like we could lift weights.  This was routine for me and my friends.  It wasn’t until the second half of freshman year that I had my first beer and first got inebriated.  I bring this up because call it karma or not, my New Year’s Eve that year was far and away the best New Year’s Eve of my life.  Personally I think it’s because I consider it to be the last New Year’s Eve I truly spent as a child.  It also happened to be the perfect night.

I remember on that particular day it had snowed a ton.  A ton as in there was probably a foot or more of snow out there.  So a group of us decided we were going to do New Year’s Eve at a buddy’s house.  This was our friend Brian.  He had the house everyone always liked to go to.  Not only was it a nice house, but he always had the best food.  You know the house.  The house where there’s just always something to eat.  Great junk food, always cold cuts in the fridge, and you’re simply never out of options.  So when we got the invite to do New Year’s there, a bunch of 14 and 15 year old guys were pretty happy with the situation.

I remember there being about 10-15 of us.  We all got there at around 8 or so.  Given this was close to 30 years ago it’s hard for me to remember everything too vividly, but I will say this.  The 15 guys who were there were amongst some the best freshman athletes in our school.  We were also a super competitive bunch.  Bored as we were, we decided to play football outside in the backyard.  Our buddy had a perfect backyard for football.  The lights went on, it was cold, but we all wanted to play.  No pads.  No touch football bullshit.  There was tons of snow on the ground so we decided it was going to be tackle.  Why not?  Honestly I couldn’t tell you the score.  I have absolutely no idea.  What I do know is that no one got hurt and that was one of the most fun games of football I had ever played.

It just felt so real.  It was almost like some sort of all-star game.  One score after another.  One tackle after another.  One laugh after another.  We were just having so much damned fun.  And as if it couldn’t get any better, what comes next?  Yeah, it starts snowing.  That didn’t stop us one bit.  It was just too much fun.  And when one of us got tired or too cold?  We just went inside where there was hot chocolate waiting for us.  After the hot chocolate?  We’d rush right back out there.  I swear I’ve never had so much fun playing football in my entire life.

By the end of the game we were all freezing, sweaty, and drinking away at the hot chocolate.  It was then that someone in the group heard about a party happening nearby.  And this I’ll never forget.  About half of us stayed and the other half left for the party.  The party was a typical high school party but it was older kids than us.  This was a party where there’d be booze, etc etc.  To this day I’m not sure why some of us stayed, but I’m pretty sure we just didn’t want to leave the moment.  It was all so surreal.  Never in my life did I think I would have a defining moment as the true end of my childhood, but that was probably it.  Like I said, it was the best New Year’s Eve of my life.

From that point on all my New Year’s Eve nights revolved around partying and drinking.  Between 1993 and the year I had children, every New Year’s Eve was pretty much the same.  Between high school and college it was just drinking like crazy and house parties or as we got older it was going into New York City to party somewhere.  After college, it wasn’t quite the party scene as it was during the college years, but it evolved into dinners and nights out with friends, etc etc.  Still though, the main goal was to eat a nice feast and to drink the night away.  Today?  Once I had kids our typical New Year’s Eve has been to stay home, order in food, and fall asleep before 10pm.  New Year’s Eve pretty much never changes for us.  I’m pretty sure it will eventually but my kids are 9 and 5.  I’m not going anywhere for New Year’s for quite a while.  That is, unless I plan a trip somewhere and celebrate on the trip.  That would actually be pretty cool.  Still though, nothing will ever compare to my New Year’s Eve of 1993, and I don’t think any New Year’s Eve will ever come close.