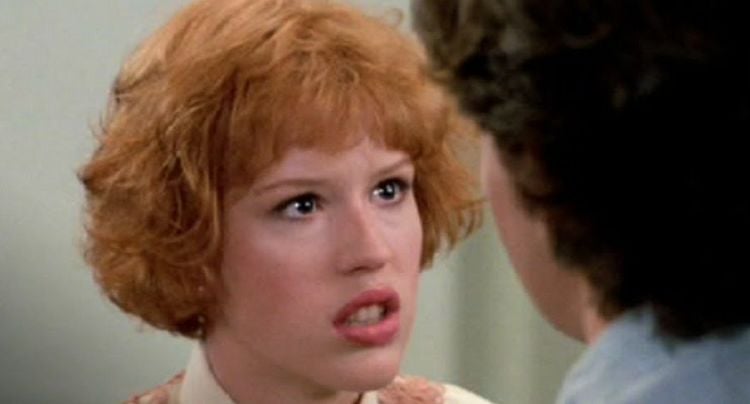 “I’ve been really busy.”  It’s a phrase we’ve all used.  It’s a phrase we’ll likely continue to use.  But how often is it true?  As far back as human civilization goes, it’s almost impossible to think of a time where you couldn’t at least make an attempt at returning communication to someone else.  However, since I was born in 1979 I’ll go back as far as I can remember when hearing the phrase “I’ve been busy.”  Does anyone remember the movie “Pretty in Pink?”  Remember the conversation Andie has with Blane when he’s been avoiding her?  They had this great date.  They kiss.  He asks her to the prom.  She says yes.  What happens next?  The dude pretty much ghosts her.  When Andie confronts Blane in school, he tells her “he’s been busy.”  Andie blows up screaming “what about prom????”  He gives her some lame excuse that he already asked someone else.  But that’s not what pisses off Andy the most.  What pisses her off the most is the fact that she thinks Blane is lying.  And is he lying?  Well, yeah.  Of course he is.  The guy used one of the biggest excuses in the book: “I’ve been busy.”  Pretty in Pink was released in 1986.  No cell phones yet but definitely a time where there weren’t too many excuses not to get back to someone.  So you can imagine how 7-year-old me must have felt when I first experienced this blatant betrayal of trust.  But let’s move on and take a trip down memory lane.

High School – Are you kidding me?

In the same breath as “Pretty in Pink,” when I got to high school I realized how absolutely absurd the excuse of “I’ve been busy” truly was.  Even my own friends would give me this excuse.  I mean how the hell can your own friends tell you “I’ve been busy?”  Very few of us had jobs at that point.  Sure, you could be on a sports team.  You could be in an academic club.  You could be swamped with homework and other school projects.  But seriously.  What the hell are you really doing in high school that you’d be so busy that you cannot get back to a person?  Or how about getting snubbed in the hallway?  What the hell was that about?  OK, fine.  You don’t have to call me back.  Sure, if you don’t want to see me on the weekend, I get it.  But snubbing me in the hallway?  That was the kiss of death.  Who the hell does that?  I used to snub people in the hallway.  It was probably the dumbest thing I’ve ever done in my life.  You literally can’t just nod at a person to acknowledge their existence?  Apparently not.

When I was in college we weren’t quite living on our phones yet, but we were definitely making progress towards it.  When I began college in 1997 I believe I had a cell phone.  But it certainly wasn’t a smart phone.  We weren’t quite past the “You’ve got mail” from AOL stage, but at this point in the game things like Instant Messenger existed.  And once I got to college, I began to see the power of high speed internet.  While dial up modems were still around and doing well, you could tell something was brewing.  Does the term “T1 system” ring a bell?  I remember my Freshman year of college thinking, “what the hell is this?”  All the computers on my dorm floor were “connected.”  This is when we were first introduced to “networks.”  It was the first time I had experienced multi-player video games like Quake and Command and Conquer.  Towards the end of college I remember seeing these strange messages appear on my phone and I had no clue what it was.  Turns out they were texts from my friends.  It was truly bizarre.  Getting used to these mediums seemed foreign but we would later come to rely on them.  We just didn’t realize how much.

The Age of Social Media

So here I am, out of college in 2001 and the world is about to change.  Now there’s stuff like online dating, smart phones, Facebook is rising to prominence.  And later on we’d see things like Twitter and Instagram.  Fast forward to now?  Now it’s almost impossible to be isolated.  Good luck trying to be “alone” in the world now.  It’s not even like you can send messages anymore and then just forget about it.  Hell you can send emails and know if the receiver even opened it.  And how about the three dots when you’re texting someone? You can actually see when they’re typing back to you.  How about when you see the three dots and then they all of a sudden disappear?  All of a sudden you’re thinking to yourself, “what that the hell were they writing?”  We’re at the point where the slightest symbol can be interpreted in so many ways.  Honestly I can’t tell if I liked it better as a kid or now.  Sure it’s great now because if you’re in an emergency it’s very easy to get a hold of a person.  Back in the 80s if you got into a car accident it could be days before your loved ones knew about it.  Today?  Today they’ll know five minutes after it happened.  And if they don’t find out from the source, chances are they’ll find out some way soon.  In other words, there’s zero privacy these days.  And you know what that does to our “I’ve been busy” line?  It renders it completely useless.  Which is why I can’t stand hearing it now more than ever.  But I will say this.  There’s a silver lining to all of this.

Anything is better than nothing

Nowadays it requires a hell of a lot less to make an impression.  Given that communication is so easy and so many people just blow it off now, an actual response is like getting a gold medal.  Hell even just saying “thank you” goes a long way now.  At the same time, some people think a response means that now all of a sudden they’re in a relationship with you.  I just don’t know.  But when it comes to excuses for not getting back to a person?  There are none. The point is simple.  It doesn’t matter what’s going on in your life.  Getting in touch with a person couldn’t possibly be any easier.  Actually, strike that.  I’m sure one day when Neuralinks become a reality we’ll be able to communicate telepathically.   But until that time, just get back to someone will ya?  It literally takes all of one second.

*Disclaimer – I’m referring to people already in your life who you know and are worth it to you.  Everyone else?  Eh, screw ’em.