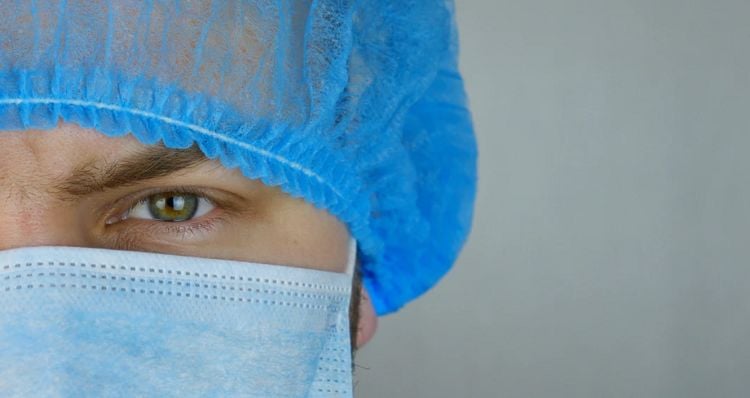 It’s been almost three years since my father had quadruple bypass surgery.  He’s always had high cholesterol but wasn’t fully aware of the extent of the blockage in his arteries to his heart.  He began seeing a cardiologist about 10 years ago who had been keeping a close eye on everything.  At the time he was already at risk and his heart was already a bit problematic. You’d not only never know it by looking at him, but because his heart was so strong, he didn’t know anything either.  And because he’d been seeing his cardiologist regularly, and because said cardiologist is absolutely obsessed with heart attack prevention, his cardiologist was constantly researching and doing everything thing he could to help prepare and keep patients informed.

A test, that is still unfortunately not known enough to the public called a calcium scoring test, was recommended to my father.  In short this test is very similar to a CT scan only it’s for the heart. It’s usually recommended after a patient takes a nuclear stress test and “fails.” It’s $75 out of pocket and can completely save your life.  Essentially what it does is test how much plaque buildup (calcium deposits) are in your heart.  The more blockage, the worse off you are.  There are many layers of information to this test but the bottom line is that the higher your score, the more at risk you are of having a heart attack.  They say that if a score hits 400 you should start getting pretty concerned (again, the score isn’t the official determinate of your risk but it’s a very safe bet that if you have a high score, you should be concerned).  Most people should have a score of 0, just to give you an idea.  As of this writing my score was a 42.

At the time my father took the test he was in the 1000s.   He was literally scheduled to go on a vacation in 2 weeks.  His cardiologist told him he would need a catheterization before going anywhere.  For those who don’t know, a catheterization is when they essentially look inside the heart to see if there are blockages.  If there are, then a doctor will either recommend putting in stents or the might recommend bypass surgery.  Or sometimes, they’ll recommend nothing.

So my father went in and when the doctor comes out he says “looks like we’ll need about five.”  So we’re thinking, “oh, 5 stents?  Great!.”  No, the doctor matter of factly said that my father would need five bypasses.  We’re talking major surgery.  Clearly his vacation was cancelled and needless to say my father was about as nervous as he’d ever been in his life.  While I don’t need to get into all of the details about his surgery and recovery what I’ll say is this: He had successful bypass surgery.  It took him about a year for a full recovery and he still has to monitor things pretty darned closely.  We couldn’t be more grateful to his cardiologist (and now mine as well) for having recommended this small test (that takes all of 5 minutes) which essentially saved my dad’s life.  The doctor said had he gone on vacation he literally could have dropped dead somewhere and had absolutely no warning.  The problem with my father (as I said) is that he has a very strong heart so he didn’t “feel” anything.  And therein lies the issue with a ton of people with heart issues.  They could be track runners but not realize that a lot of this stuff is genetic and they could be running around with serious blockages in the heart.  And if they’re not getting it checked out regularly they’re at serious risk for a heart attack.

The point of this story

If you’re not seeing a doctor on a regular basis you’re an idiot.  Period.  Seriously.   The second my dad went in for surgery I set up an appointment with my now cardiologist to make sure I wasn’t going down the exact same path as him.  At the time I was 40 and already had high cholesterol for my entire life up until that point.  Immediately after seeing my cardiologist, I took my stress test, calcium score test, was put on a regimen of a statin (medication for cholesterol), changed my diet, and stepped up my exercise to 5 days a week including cardio which I absolutely cannot stand.  Currently my cardiologist is of the opinion that I’ll never suffer my father’s fate as long as I keep all of this up.

The way I see it, it’s simple.  If you have a car and it’s making strange noises are you going to keep driving it or get it checked out?  Hell, even if your car isn’t making weird noises, are you going to get it checked out at the 20,000 mile mark?  Of course you are (or at least you should).  Why?  Because it’s important to make sure everything is running properly.  It amazes me that so many people out there don’t treat their bodies with the same care that they would treat their cars.

Seriously people, just get to the doctor.  It can literally save your life.  It’s not hard.  Like, come on.  Get off your ass, visit the doctor and be done with it.  We’re talking ONCE or TWICE an entire year.  Get over your fear and get the hell in there.  Not much else to say other than that.