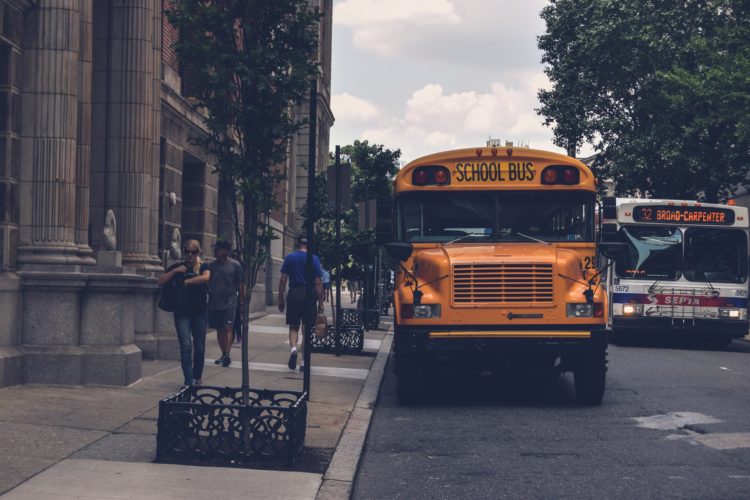 I’ve been a parent for over 9 years now.  With two sons it’s been a handful, but probably not any harder or easier than most folks with two kids.  And while I’ve had my shares of ups and downs like any of us, pointing out my hardest day as a parent is actually pretty easy for me.  It’s not the day my kids were born and I knew my life was forever changed.  It’s not even times where I had to take my kids to the hospital because of either injury or sickness.  The vivid memory I have of my hardest day as a parent came when I had to put my foot down to get my youngest son to go to school.  I learned that day that for me, having to essentially force my child’s hand at something he didn’t want to do but I as a parent knowing it was the best thing for him, was one of the most challenging duties I’d ever face as a parent.  Here’s the story:

I have very little regrets about what my family and I chose to do during what was/is a very tough time with COVID.  However, if I had to choose one that stands out, it was keeping my kids home from school.  I’ve recently learned from teachers that it wasn’t exactly a picnic at school either, but from a social aspect it’s one thing that I wish had gone differently.  Thankfully I have two amazing boys who adjusted to in-home learning but let’s just say it didn’t come without its drawbacks.  Eventually the sense of isolation gets to you and the biggest casualty of it all for a child is their social skills.  It’s one thing to talk to a screen.  It’s another to feel, touch, and experience other people while they’re directly in front of you in physical form.  It wasn’t long before my children got used to this way of life.  And in the little amount of times they were actually seeing people outside of our immediate family, it became awkward.

We tried with camp

When the school year ended we simply hoped that the kids wouldn’t be left too far behind academically.  Frankly I wasn’t too worried about that as both my sons are pretty smart.  We were, however, concerned that when they returned to in-person learning that it would be an adjustment to say the least.  We decided that the best way to get them back on the path to “normalcy” would be some time at day camp.  Our oldest was excited about it, but our youngest, not so much.  We decided to give them 4 weeks and spend the other 4 weeks doing family stuff.  My biggest son lasted the full four weeks but said he didn’t love it (we think he loved it).  My youngest?  He lasted all of a week.  The camp tried super hard.  We tried super hard.  But it just wasn’t meant to be.  His year of staying home was different than his brother’s.  My youngest was home schooled by his mother so in that year his attachment to her grew to levels that weren’t good.  He cried every single day at camp and we decided to take a gamble.  You see, our youngest is an academic and “old soul.”  The kid loves to learn and we had a strong feeling he would take to in-person learning quite well.   Despite our worries, we pulled him from camp and let him spend the rest of the summer at home.  Which leads us to:

My worst day ever as a parent

So here we were, and here we are: the 2021 school year.  I knew 100% that the beginning of the school year would be a stressful time.  It would be impossible to think that my children would transition back to in-person learning without any bumps.  I must say however, that the wife and I were completely surprised with how things turned out.  We were pretty certain our oldest would be completely gung-ho to get back in there and that our youngest would freak out.  Turns out it was the opposite, but not from the outset. During that first week it was tough, and I mean tough.  Our oldest was crying every single day from anxiety.  He was seeing the school psychologist daily.  But one thing he was doing, and we’re so proud of him for it, was getting on that bus every single day, no matter what.  He may have been crying but he just kept on doing it.  Eventually he was completely fine and today he’s thriving.  What I find ironic is that my oldest isn’t a huge fan of school.  I think it’s because it’s 4th grade and it’s gotten a lot harder.  Still though, I can tell he definitely loves the social element so we’re just glad he’s back in there, involved, and not anxious as he was.

The little guy?  Our youngest handed me far and away my hardest day as a parent.  The weird thing is that his first two days of school seemed to be fine.  He got right on the bus, and was pretty happy when he came home.  Perhaps it was seeing his older brother so uncomfortable that got him scared.  Whatever it was, I had one hell of a time getting him on the bus one day.  Right from the start it was a tough morning for my wife.  He was being evasive.  Not wanting to put on his clothes.  He kept running away from my wife when she’d try to talk to him.  Something was definitely up.  Normally I’m down in my office working until the kids are about ready to get on the bus.  That’s when I’ll either walk my little one to the bus stop or I’ll wait outside with the big guy.  My wife and I take turns every day.  But instead of my kids coming downstairs, I hear a situation going on upstairs.  My youngest son locked himself in the bathroom and refused to come out.  My services were then needed.

Me and the wife were afraid this day would come: the day where you’d have to force your kids to put his clothes on and get him on the bus against his will.  I would, never, ever force my son onto the bus as in pick him up physically, sit him down, and then walk off.  However, I knew that on this day, I’d have to do everything in my power to get him to walk to that bus stop.  The first challenge was getting him to open the door.   Luckily with some firm speaking, he opened it voluntarily.   The hard part came next.  I told my wife to go to a different part of the house as she wouldn’t want to see this.  I myself, wasn’t ready for it but I proceeded.

With a very firm voice and ready to hold him down if I had to, it was time to get his clothes on.  He was being incredibly tough.  While he wasn’t quite pushing me away, there was plenty of resistance.  I literally had to hold down his feet to get his socks on, all the while he’s crying. I patiently kept telling him “look buddy, I’m gonna have to hold down your feet if you won’t let me put your shoes on.”  I was way more calm than I thought I could be (on the outside).  I never yelled.  I just kept firmly telling him what I was going to do. “If you don’t settle down, I have to put your shirt on.  Ok buddy, I’m going to put your shirt on.”  Etc etc.  It went on like this.  I got him downstairs, and it probably took about 20 minutes to get him dressed.

Then it was time to get on the bus.  I think after I was relentless and didn’t let him have his way, he began to see that daddy wasn’t messing around.  The firmer I spoke and looked directly at him, the more he acquiesced.   But I tell ya, that walk to the bus stop sucked.  He kept crying saying he didn’t want to go, etc etc.  I held his hand and kept him walking with me.  We saw the bus in the distance, and thankfully when he saw all the other kids, he stopped himself from crying.  I’m pretty sure he didn’t want to look back in front of the other children.  But when the bus was rolling up I had to do one of those “you’re getting on that bus buddy” type of talks.  He got on, I turned around, walked away and began back towards my house.

The whole walk back I was crying in my head.  I was stressed, exhausted, you name it.  The second the bus went away I was thinking to myself “that was the hardest day I’ve ever had as a parent.”  And I knew I was lucky.  Some parents have kids kicking and screaming.  Some parents have to face that every day for weeks on end.  I was 100% grateful that day even though it was absolute torture having to do that to my son.  But at the same time I knew he needed that.  Since that time my youngest absolutely loves school.  Never puts up a fight to go.  In fact I’ve never seen a child so willing when it comes to school in my entire life.  We definitely lucked out.  After that day he never complained about the bus.  Our youngest didn’t make it through camp and we took a gamble, a gamble that luckily paid off.   Still though, as I said, it was one hell of a tough day. I realized soon after that day that this wouldn’t be the last time I’d have to put my foot down with my son.  It’s not that I didn’t know that already, but I have to say it was an absolute shock with regard to just how much it sucked to have to put him on the bus like that.  In retrospect it was a blip on the radar.  My son will likely never remember that day.  But for me?  It’s etched in my brain for eternity.