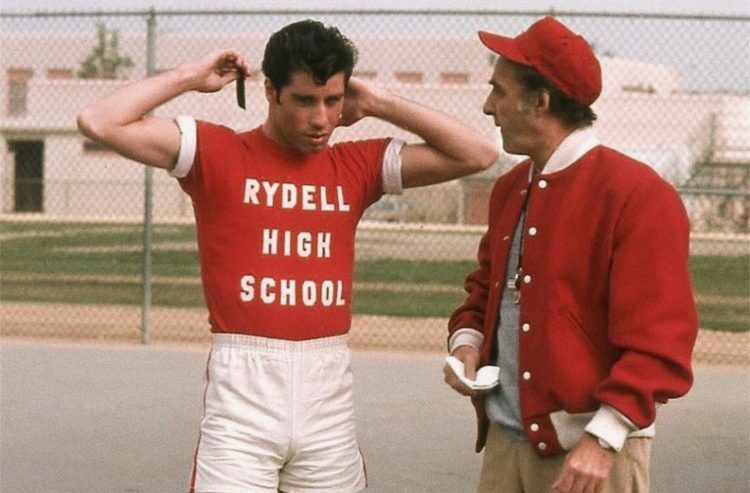 Recently I read a quote that spoke to me.  It went something like this: I’d rather be excluded for who I include than included for who I exclude.  When you unpack something like that it certainly means a lot.  I think the first thing people will think of when they read something like that is racism.  At least that’s what I thought of.  I’d way rather be an advocate for equality and get excluded from certain groups than be a racist and be included in particular racist groups.  It applies to politics, friendships, gender, sexuality, you name it.  It’s just a great quote overall.  But I wanted to share a story about my high school days that really brings this one home.  I guess you could call this one a letter to my sons for when they eventually reach the age of having to choose their friends and make tough decisions about who they associate themselves with.

When I think about high school as a now 42-year-old adult, from a social standpoint I think about how absolutely ruthless, cruel, and ridiculous it was.  I’ve mentioned this one before but I feel like the single most pathetic thing I ever did in high school was choose who I’d nod to in the hallway and who I’d just ignore.  I don’t know.  It just feels incredibly mean to me.  Especially when you go from a regular nod to never nodding again.  Is it so hard to just acknowledge someone’s presence?  Think about how easy that is and yet we made it that difficult for ourselves.  That’s the equivalent of being on the phone with someone, talking about a party you might go to, ask about who’s going to be there, and then not go to the party because it’s not “cool” enough based on attendance.  I mean Jesus, who the hell has that right?  I was guilty of all these things and for that I’m sorry and ashamed.  But nothing pisses me off more than one particular story that I’d like to share.

He just never fit in – but maybe it was me

I guess you could say I was part of a “popular” clique in high school.  Though I never felt like I was on the top rung of said popular ladder.  And that just didn’t sit well with me.  I always felt like I had to “prove” myself all the time.  Didn’t matter what it was.  It could have been a witty comment, an athletic skill, even taste in music, didn’t matter.  I just remember the pressure of always having to feel “on” back in those days.  I’m sure most people felt that way as well but it sucked nonetheless.  I guess you could say being “myself” while I was most of the time, still came with a particular shield I would have in front of me so as not to be too vulnerable.  So when I befriended someone who wasn’t necessarily in my clique, it eventually became awkward.

This was a person with whom I’d been friends with for a long time but never too close with.  But we became closer as junior and senior year rolled around.  I don’t remember too much about us hanging out, etc etc but what I truly remember was how I tried to get him into my group of friends.  I would always try to get him involved.  I invited him to all the parties, always encouraged him to sit at our table, all that stuff.  He was just a super genuine, nice guy.  Great friend, awesome person, but for whatever reason he was never fully accepted into that crowd.  But as I look back, as much as I think he played the game and gave it a shot, it was never for him.  He was just a nice guy and I always knew he wasn’t interested in all that bullshit.  Perhaps it was me who wasn’t interested either and I was hoping I could have someone join me in the ridiculously stupid rigors of trying to stay popular.

But what I truly regret most was that eventually our friendship faded.  There wasn’t as much saying hello in the halls.  There wasn’t as much party invites.  I sensed that when my friends didn’t accept him that the relationship would change, and it did.  Sure, I still spoke to him.  I never bad mouthed him or anything like that, but I kept my distance and always waited for the “right’ moments to engage with him.  Looking back it was a pathetic thing to do, but then again, it was just so much of my life and others.  Such a shame.

In retrospect – what a stupid mistake I made

I wonder how much happier I would have been in high school had I simply hung out with who I wanted to.  And by that I mean people I could be myself around and those who made me feel great about me.  I knew that once I got to college this would all happen, and it did, but I’m still a little salty at how I didn’t have the courage to do it in high school.  I would have been way better off with a few close friends and had a great time pretty much all of the time, than this wide net of people where I had a great time only some of the time.  Don’t get me wrong.  I’ve got some great high school friends that I’m still friends with, but there’s no question I should have been more assertive in the things I wanted and the things I wanted to say.

It’s simply a microcosm of the world now

High school was an excellent picture of what adult lives could and shouldn’t be like.  Especially in this day and age of attention, social media, and “status,” it’s even more crucial to form real and close connections with those we care about rather than bland and superficial ones with those that we couldn’t care less about.  It’s just too bad the latter tends to win out a fair amount of the time these days.  It’s a mine field out there and we’re constantly being bombarded with gems that promise us this and that, but that eventually wind up to be duds.  Which is why it’s way more important to have a tight web of few than a loose web of many.  I’d way rather have that small group and be ostracized for it then be accepted into the shitty larger group where others are left out.  Something to think about I guess.