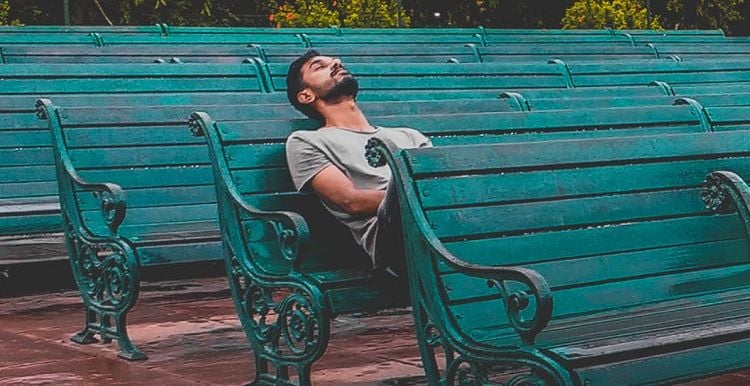 I’ve been through plenty of stuff in my life.  I’ve also done plenty of stuff in my life.  I’ve done things that most people would consider exciting, amazing, downright stupid, crazy, fun, and a million other adjectives that would describe a life that isn’t particularly ordinary or boring.  I’ve been held up at gunpoint, twice.  I spent time doing stand up comedy.  I almost got kidnapped as a kid.  I got in touch with Mark Cuban just for the hell of it.  I started a business from scratch and pull in over 7 figures a year from it.  I work only a few hours a day.  I live in a beautiful house.  I have an amazing wife and two amazing boys.  I can do pretty much whatever I want. I’m grateful for all of it.  Believe me, I am.  But I’d be lying if I didn’t tell you it was boring as hell.  Because frankly, it just is.  You’re only held up at gunpoint for a few seconds, and then it’s over.  You’re only up on stage doing stand up for a few minutes, and then it’s over.  You can only jump out of a plane so many times, and then it’s over.  The “rush” is temporary.  It always is.  What’s depressing sometimes is that the “rush” isn’t really what life is.  Life is everything that’s before and after the rush.  Life are the mundane moments leading up to the rush, and the moments afterwards reflecting on it.  Sex is great, right?  Sure.  It’s awesome.  And then it’s not.  It’s over.  Sure, you can do it again, but what are you going to do in the other 23 hours and 45 minutes of the day? If I sound like I’m complaining, it’s because I am.

Things get old no matter what

You know the saying, “for every beautiful woman out there, there’s a guy that’s tired of her?”  Well, the real quote is a bit more ornery than that.  But the message is clear.  No matter what you do, who you meet, experience you have, all of it ends, and all of it becomes routine at one point or another.  It’s how we’re wired.  Even someone whose job is to wrestle with alligators finds themselves saying, “man, all I do is just wrestle alligators every single day.”  Even that person, whose life seems so active, so full of excitement and action, can get racked with the pain of routine.  And it’s at that point where this person has to make a decision, or possibly a few decisions.  Is this OK to keep doing?  Is it time to make a change?  If so, what changes can this person make?  I mean hell, you’re wrestling alligators, right?  What could be more thrilling than that?  Here’s a little secret you might not know.  To a person who’s used to wrestling alligators all day, every day, working in a tiny office and doing data entry would likely seem exciting for a while.

Refocusing, but not just with anxiety

Do you know what refocusing is? It’s a term used for people who have to deal with anxiety.  As someone who’s clinically anxious, prior to being on medication I used to practice refocusing.  You see, one of the classic symptoms of a person who is anxious is a constant obsession over something.  Usually it’s a worry.  And that worry tends to drag on and on and on.  It’s that worry is focused on the same thing over and over and over.  It’s kind of like OCD of the mind.  Once whatever worry is in your system appears, it’s extremely difficult to get it out.  Doesn’t matter what the worry is.  And that worry grows bigger and bigger.  It feels like no matter what you do, that worry simply won’t get out of your head.  When this worry happens a trick to stop it is to refocus.  Refocusing is a way to do a quick “reboot” of the brain.  Let’s say you’re sitting at the computer obsessively refreshing a page over and over again because you’re waiting on some update.  Or let’s say you keep checking your email over and over again.  How do you get your mind off of it?  It’s nearly impossible.  But sometimes the mere act of switching the activity you’re doing can “trip the wires” in your brain to break the terrible pattern of overthinking.  So for example, if I can’t get out of my rut of checking email, I might get up and take a walk.  I might play piano for 10 minutes.  Doesn’t matter what it is.  The point is to “refocus” so that the obsessive repetitive thoughts subside.  It doesn’t always work wonders but it 100% provides relief.

Ideally you want one long refocus

Why do relationships last?  Why do some people have the same job for 20 years on end?  Why does it seem like some people never get tired of the same thing?  I have a theory.  Sure, some people are simpletons and don’t give a shit about doing the same thing over and over.  But I’m convinced it’s because even though they might be doing the same thing, there’s something “different” about it each day or each year.  The same goes for relationships.  Relationships can get stale after a period of time.  But it’s been my experience they only get stale if the routine stays exactly the same.  You could be a teacher for 30 years but each year you get a new class.  Each day you are seeing and teaching something different.  Each day your brain isn’t crammed with the same old crap as the day before.  It’s when the brain starts perceiving everyday as a complete repeat of the last that you’re in trouble.  So whether that “refocus” is through voluntary effort or it’s just part of your day, either way, if your brain is constantly being exposed to “newness” then you are probably in good shape.  The key is to be able to be in good shape without bringing any negative consequences on yourself.  For example, let’s say that the way you deal with boredom is drugs.  Nope.  If you’re dealing with stale relationship by having an affair, nope.  That’s the trick in life though, isn’t it?  Keeping the old new without dangerous consequences.  Easier said than done, and believe me I’m trying to find the “secret” every single day I live.

So then what’s the point of it all?

If life’s so boring and mundane, then why bother?  Why bother trying?  Why even bother caring?  Well, I’ve been thinking about that one and here’s what I came up with.  Some of the best memories of my life aren’t necessarily the ones where I’m in “rush” mode.  In fact, some of the best memories I’ve ever had are in the mundane and boring moments.  It’s kind of weird how life works in that way isn’t it?  What would be awesome is if we could appreciate the mundane as it’s happening and not just reflect on it in a memory.  So yeah, maybe life can be and is boring, but sometimes that’s pretty awesome.

There’s also the distinct possibility that I merely fall into a specific subset of people who tend to bore easily and this article is completely wrong for most people.