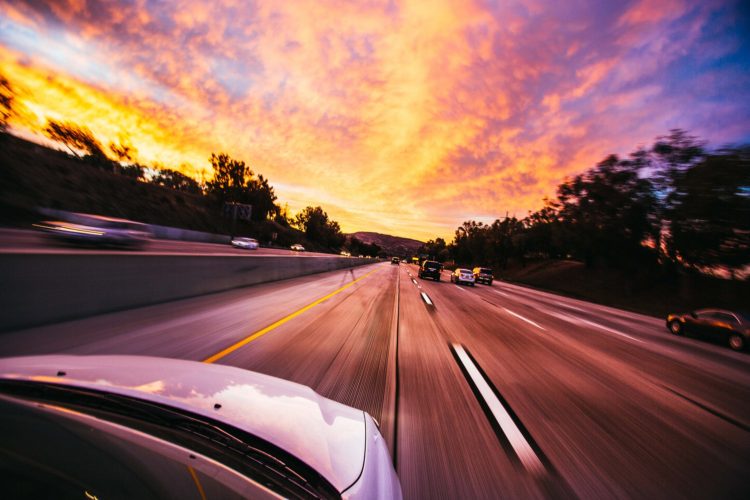 The older we get, the less we live our lives on impulse.  In other words, the less we tend to “live for the moment” or as many people would say, “live in the present.”  When you’re younger you don’t exactly think of the consequences of jumping out of an airplane at 10,000 feet.  You just want to feel the adrenaline rush of it.  You’re not thinking about anything except for that very moment in time.  Not to say that I’ll ever jump out of a plane, but you know what I mean.  Because when you’re older there’s a ton more baggage in your life than you had in your youth.  When you’re younger you don’t necessarily worry about paying the bills, eating healthy, taking care of kids, building a career, and the list goes on.  We’re almost “forced” to think of our lives as not only something we’re living in the present but also something we need to prepare for in the future (not to mention learn from mistakes in the past).  So instead of living in one world, we’re living in three: past, present, and future.

By the way, there’s also nothing wrong with paying attention to the future.  It’s an important part of our lives.  I for one have life insurance for my family.  Is that so wrong?  Hell no.  I like to have goals.  I like to think that I can learn from my past.  Living life as an adult requires logic, especially as more of that baggage I talked about finds itself into your world.  Sure, I can be an irresponsible 42-year-old man child.  There are plenty of people out there who live this way. I could travel the world and treat my life as if there’s no consequences.  But frankly I’ve lived that life already.   Been there, done that.  I made a decision a long time ago that that life just wasn’t for me anymore. P.S. if that’s you, all the best.  To each their own.  I’ve got kids, people who I’m responsible for, not to mention that a life of craziness and unpredictability just doesn’t suit me right now.

If you go too far in either direction, that can be a serious problem.  Putting off those trips you always wanted to take, or removing the spur of the moment “adventures” is a first class ticket to boredom.  When you hit boredom that’s when your mind wanders.  That’s when you think to yourself “this is all my life is?” And before you know it you start daydreaming about being a bank robber (or maybe that’s just because I just finished watching Money Heist).   In my humble opinion the key to living a life worth living is having a balance between the preparation part of life and the “living it up” part of life.  It’s way easier said than done but if you can maintain this balance you’ll be in great shape.

I want to bring up two examples of “living it up” that I find relevant to this.

Driving to Baton Rouge for no reason at all

When I look back at college, I cannot think of a more “free” time in my life.  I doubt I’ll ever be as impulsive and adventurous as I was back then.  At least not as it pertains to being aged 18-22 and having almost zero to worry about.  Today, if I even attempted to live my life as it was back then I’d likely last a weekend and then call it a day.  While there are countless experiences to choose from that could demonstrate this freer type of life, there’s one that always tends to stick out above the rest.

I’ll never forget the time that a buddy of mine (who I’m still very close with to this day) and me decided to drive to Baton Rouge to get beer.  I mean that sounds kind of silly but when your college is located in New Orleans and Baton Rouge is over an hour away, it becomes more significant.  We figured that once we got there we’d check out some of the bars that LSU students went to, or something to that effect.  So what did we end up doing?

About an hour later, when we were actually in Baton Rouge, we stopped at a convenience store.  We picked up a couple of 40s of Olde English, and drove right back to our college.  Didn’t stop at any bars.  Didn’t even see one person if I recall correctly.  But what we did do was have an amazing time.  It was a couple of hours of some of the best conversation and listening to music I ever had.  I mean, we literally did nothing.  We just drove for a couple of hours.  Looking back on it, it was the ultimate example of the “privilege of youth.”  Not a care in the world.  Not a place to be.  And not having to worry about a damned thing.

But here’s the thing.  While I won’t just jump in my car to grab a beer with a close friend of mine today, that doesn’t mean I can’t be impulsive.  It doesn’t mean that I can’t think of something and then just do it at the moment I want to.  It’s simply that the game has changed.  It’s up to me to play by the new rules.  So allow me to share another story, albeit completely different…..

Taking my son for his first slice at a childhood favorite

Recently I found myself feeling down.  Down because I never do anything spontaneous anymore.  Sometimes I’d like to just go to a festival across the globe.  Literally just pack up, book my flight, and get the hell out of Dodge.  But it’s not that simple when you have a family.  While I know I can’t just get up and fly somewhere with zero planning, spontaneity isn’t lost on a family man.  Just the other day I remember surfing the internet looking for stuff to do.

I happen to be a big fan of trees.  I’m not a tree expert or anything like that, but I’m just enamored with beautiful settings of trees.  So I decided to look up “tallest tree in Long Island.”  Sure enough I found it and turns out it’s located 30 min from my house.  I also had a real craving for a slice of pizza from a place I went to as a kid, which is also about 30 min from my house.  So one weekend it’s about 8:30am and I announce to my family, “I’m going to see the tallest tree on Long Island, and after that I’m getting a slice from Gino’s in Manhasset.  I’m leaving at 10:30am sharp, who’s with me?”  My wife and youngest son had no interest.  My oldest?  “I’m in dad.”

So we leave at 10:30am, head off to a preserve located in Mill Neck, Long Island and had an amazing time as father and son.  We looked at beautiful homes in the area, took some nice pictures, and had great father-son banter.  It was just a short little hike.  We didn’t even know if we saw the tallest tree.  We think we spotted it but neither of us cared.  It was just fun to get the hell out of the house.   During the car ride to get the pizza my son said two things that made my year:  “This is the best day ever,” and “You’re the best dad ever.”  Right then and there I knew that day was worth it.  P.S. he loved the pizza, as did I.   While it’s not necessarily the same as running with the bulls, or skydiving, I managed to just pick it all up and go on a whim.  And that day was fantastic.

You can do both at the same time

There’s no reason to think that you can’t do spur of the moment things without being fully aware of what your overall picture is.  And the more aware you are of that overall picture, the more you can live life to the fullest.  For me personally?  I’m an entrepreneur with a reasonably flexible schedule.  Look, I gotta do what I gotta do every single day or my business fails.  But as long as I’m doing it?  The rest of my day is truly up to me.  And if I don’t take advantage of that, that’s my choice and I’m to blame if I just sit around on my ass.   Yeah, sure I want to be more adventurous and maybe I still get sad because college came and gone, but I’d be naive to think I can’t capture that feeling from time to time.  I just have to try harder.