Home
Business
Don’t Be The Next Anyone, Be The Next You: My Gary Vaynerchuk Story
Prev Article Next Article 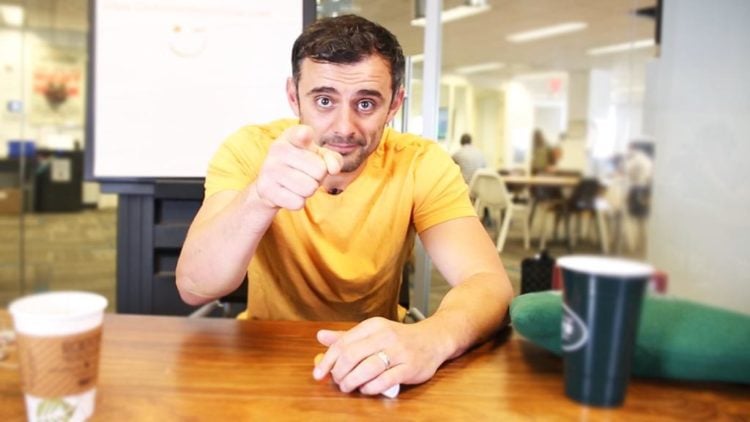 If you haven’t heard the name Gary Vaynerchuk by now, we’re likely not floating around in the same circles.  But my history with Gary V goes back a pretty long way. All the way back to 2009.  Most of you reading this know Gary V as the outspoken branding expert and entrepreneur.  He’s brash.  He’s unapologetic.  He curses a ton.  And he’s extremely successful from not only the brand he’s built, but the agency he’s built up helping other brands build themselves.  So much so that his business is hauling in over $100 million annually.  But it wasn’t always this way for Gary V.

If you’ve read anything about him you’ll know that he’s originally from Belarus.  You’ll know that he slaved away as a kid working for his father in a wine store here in the United States.  You might also know that he built up this wine store into a $50 million business.  But how did he do it?  He did it by being ahead of the game. Gary saw an opportunity online which no one else saw.  With the combination of Google Search and his ability to brand himself in a unique way, Gary became known as “The Wine Guy.”  Quickly he built up a reputation for his irreverent wine review videos.  People clung to him for his zany personality and no holds-barred honesty. not to mention his sheer expertise when it came to wine  It landed him interviews on major news stations and even appearances on late-night talk shows.  He was extremely popular.

But that was only Gary V part one.  Today you look at the guy and realize that that’s really just his “former life.”  Most people don’t even know Gary V’s wine story.  What you should know is what Gary was brewing all along. The true magic was that Gary was creating was branding, period.  And that branding had little to do with wine.  It had to do with himself.  He was one of the earlier adopters of Twitter and growing his account for the sheer sake of growing it massively to “influence” his followers. He saw the power of social media and how it could propel sales in any business.  Some get annoyed with the guy.  Some love him.  Some can’t stand his “work your ass off attitude” and some love it.  Personally I think he’s misunderstood.  People think that Gary’s a proponent of working until you drop.  Not so.  He’s a proponent of working your ass off.  For him, that meant 24/7.  Doesn’t mean the same for everyone.  But let’s not miss the point here.  I too am one of the people who couldn’t stand Gary V, and still can’t in many respects, but that doesn’t mean I don’t respect the hell out of him.

When I first met Gary Vaynerchuck

I first met Gary V in 2009.  At the time, this very website that you’re reading was a men’s lifestyle website.  I covered sports, entertainment, women, funny stuff, you name it.  It began back in 2007 and had a pretty strong following back in the day.  So much so that I was invited to speak at a conference called “Blogs with Balls.”  Yes, this is a real thing.  In fact it even attracted the likes of ESPN, Maxim, and a ton of other big names.  Conveniently at the time, I lived in New York City and the event was held in NYC.  If you do an internet search there’s even a video of me being interviewed there.  It’s awful.  Anyway, that’s not the point.

Who was the keynote speaker of this event?  None other than Gary Vaynerchuck.  If you ask me today what he talked about I couldn’t answer you at all.  I’m pretty sure it had to do with branding, social media, and other stuff like that.  But what I remember most was just the way this guy talked.  It almost didn’t seem real.  There was almost too much energy.  I just couldn’t fathom a person being like this in real life.  He pissed me off.  I’m guessing he pissed off half the audience.  Who the hell knows?  I just know that he annoyed the hell out of me.  However, at the same time, I was entranced by his presence.  I listened to him intently and while I don’t remember the specific things he said, I do remember thinking that he 100% knew what he was talking about.  I shook his hand, didn’t speak to him at all, and that was that.

It’s rare after I meet a person that I’ll pay attention to them afterwards.  Gary V was different.  I didn’t let this one go.  I checked in on Gary V every few months just to see what kind of noise he was making out there.  His career grew in his way and mine grew in my way.  Years and years had passed.  Nearly a decade went by and I saw just how much Gary V had blown up.  On the one hand I wasn’t surprised at all.  On the other, that didn’t matter.  It was just cool to see how far the dude had come.  And then one day, completely by chance, I met Gary V randomly on the street in New York City.

My meeting with Gary Vaynerchuk

I believe the year was 2016 or 2017.  Honestly I’m not 100% sure.  The wife and I just got out of a Broadway show.  We start walking away from the theater and who do I see just standing out there looking at his phone?  Gary Vaynerchuk.  I feel like Gary V’s the type of face where a very solid amount of people would recognize him but he’s not a guy who’s going to have swarms of people approaching him or the the need to have bodyguards.   So I decided to walk up to him.  We shook hands and I told him I first saw him at the “Blogs with Balls” conference in 2009.  That got a smile out of him.  Nothing more than mild chit chat.  The conversation probably lasted all of 16 seconds.  Kind of crazy though.  What I did tell him is that he’d be “hearing from me.”

A couple of days pass and I decided to email him.  And you know a guy like Gary Vaynerchuk won’t be easy to reach.  1st email didn’t work.  2nd email didn’t work.  And then on the lucky 3rd Gary V got back to me.  The subject and content of that email were 100% out there.  I remember thinking to myself that I would just “let go.”  I also CCed a couple of higher ups at Vaynermedia.  I remember Gary’s response to the 3rd email was “let’s get this guy in here, schedule a meeting.”  Sure enough, a meeting was scheduled and a couple of weeks later I headed into NYC to the office of Vaynermedia to meet with the one and only Gary V.

I remember getting off the elevator to a pretty sweet looking office set up.  Tons of people walking around.  Nice amenities.  Definitely looked like a pretty swank NYC office.  Admittedly I was impressed.  The dude had come a long way since I first saw him in 2009.  I should also note that this meeting wasn’t a job interview or anything like that.  It was strictly to talk business.  I ran a number of content based websites and wanted to explore whether or not he had been interesting in acquiring websites (not mine).  It was a pretty open ended meeting with zero expectations.  Finally the man himself came out, shook my hand and we retreated back to his office.  The exact office you see in all his videos.  It’s got all the sports memorabilia, bobbleheads, autographed photos, Jets stuff, etc etc.

We talked for about an hour.  It was him, me, and one other person in the room.  The subject of the conversation and what was said isn’t even remotely important, nor would I share that here.  What’s important is the impression I got after the meeting was over.  Gary V was exactly like he is in every video I’ve ever seen of him.  Exactly how he is in interviews, giving speeches, you name it.  He actually talks with that much enthusiasm and energy.  To be honest, if he were anyone else I’d think he was kind of a lunatic.  In fact I left that meeting with a few conclusions.  The first was that I could never, EVER see myself working for or with this guy.  Not a chance.  His personality is just way to strong for me.  I could easily see that clashing big time.  The second is that I could easily see myself hanging out with this guy.  The man knows his shit and is very bright.  For that reason alone I liked him.  And third, I respected the hell out of him.  There was no façade.  Gary is who is he, unapologetically.  I consider myself to be that way but that’s for other people to decide.  Which leads me to this….

No one should try to be Gary V, nor should they want to

I once said this in a video I made for Linkedin.  Don’t be the next anyone, be the next you.  In other words, being yourself is what’s most profitable.  And if there’s anyone who would agree with me it’s Gary Vaynerchuk.  He’s not telling everyone to work 24/7.  He’s telling those people who have it in them and want to do it, to do it.  He’s not telling every person to talk like him, think like him, or even work like him.  Quite the contrary.  He’s telling everyone to step into who they are more than anything else and to form a plan that fits who they are and who they want to be.  So yeah, Gary V is a nut job.  He’s a little crazy.  Hell, he’s super unhinged.  But he’s honest and he’s himself.  And for that he’s earned my respect and admiration. 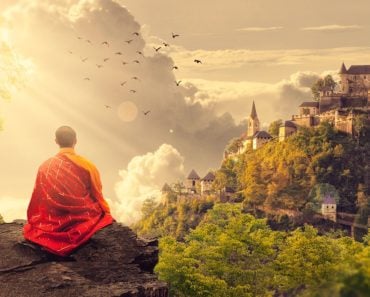 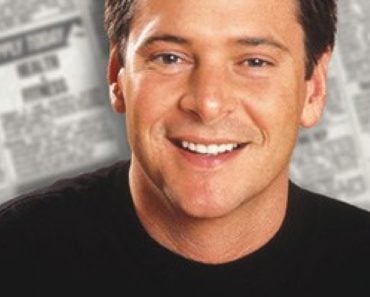 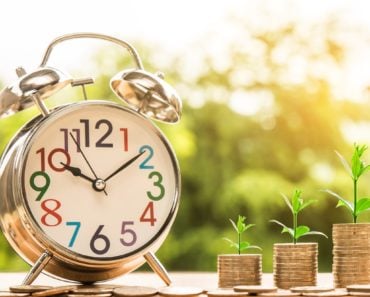 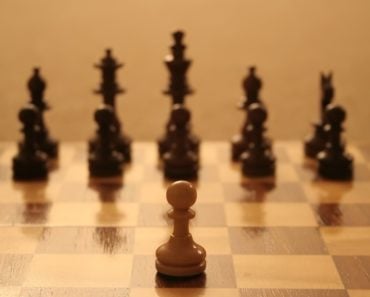 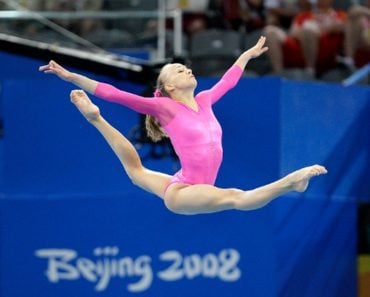